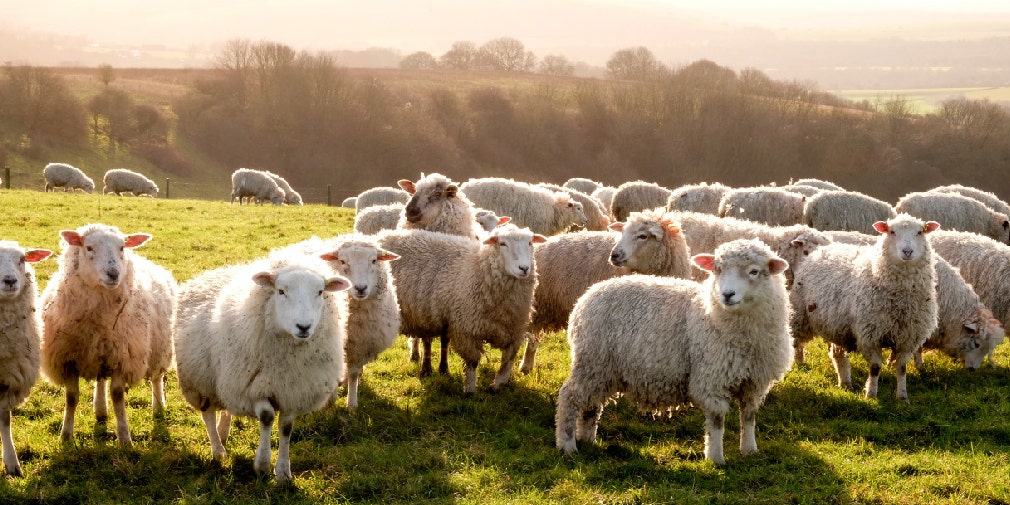 Blowfly strike is a massive problem in UK sheep flocks with 94% of farmers saying they have been caught out, despite products being available to prevent it. As well as being a huge welfare concern, it can cause huge economic losses. It’s estimated to cost a 250 ewe flock £1,000 per annum based on an “average fly year”.

So, what is Blowfly Strike and why does it happen?

The main cause of blowfly strike in the UK is the greenbottle (lucilia sericata). This fly overwinters in the soil as a pupa, re-emerging as an adult fly in the spring when soil temperatures exceed 9℃. The whole lifecycle takes only 2-4 weeks, and with each adult female producing over a thousand eggs, in multiple batches of around 200 at a time, these first few flies can soon give rise to many millions more. The risk to your flock then increases rapidly through the summer as the fly numbers increase.The first stage larvae released from the eggs are small (about the size of a grain of rice) and cause no damage. However, the second and third stage larvae will rapidly damage the skin and underlying tissues, with severe damage occurring in as little as 24-36 hours after eggs are laid.

1. Minimise fly breeding opportunities by removing and covering any deadstock
2. Reduce the degree to which flies will be attracted to the sheep by minimising faecal soiling (good worm control) and any wounds (including foot infections)
3. Use a preventative treatment early in the season, before there is established blowfly strike in the flock. This will not only protect the sheep, but preventing the first waves of flies from breeding, massively reducing blowfly numbers and strike risk later in the season.

There are only three groups of actives available for blowfly control: SEE TABLE BELOW OR See individual product datasheets for full indications at www. noahcompendium.co.uk)

OPs and SPs are insecticidal (they are poisonous and kill the insects), while IGRs are not insecticidal and work by preventing the harmless first stage larvae developing into the damaging second and third stage larvae.
Ideally, use the IGRs for prevention and save the insecticidal products for treating struck animals. The shorter acting (CLiKZiN™) should be used early in the season pre-shearing or for short keep lambs, with the longer acting (CLiK™ and CLiK™ EXTRA) used after shearing and early in the season for longer keep lambs.
All the products available for blowfly control rely on correct application to give the expected performance.
IGRs should only be applied to clean sheep, using the four stroke application method (see below), taking care to apply down
the midline of the back and overlapping each stroke to allow the Fleecebind™ formulation to spread evenly over the fleece and bind to give full fleece protection. Until the product has bound into the fleece, care must be taken to prevent animals from rubbing and removing the product as this will almost certainly reduce the duration of protection.

For a practical video on how to apply CLiK ™ and more information about Fleecebind™, visit farmanimalhealth.co.uk

TO DISCUSS FLY CONTROL AND PREPARE FOR THE SEASON AHEAD, PLEASE CONTACT YOUR LOCAL REGISTERED ANIMAL HEALTH ADVISOR OR CALL 01769 576415

CLiK, CLiKZiN, CLiK EXTRA, FleeceBind, Elanco and the diagonal bar are trademarks of Elanco or its affiliates. Use medicines responsibly (http://www.noah. co.uk/responsible). Advice should be sought from the prescriber prior to use.