We would like to reassure all customers that as an essential retailer our stores are open.
For our COVID-19 information page please click here. For Sales and General enquiries or Call and Collect please call 01769 576415. 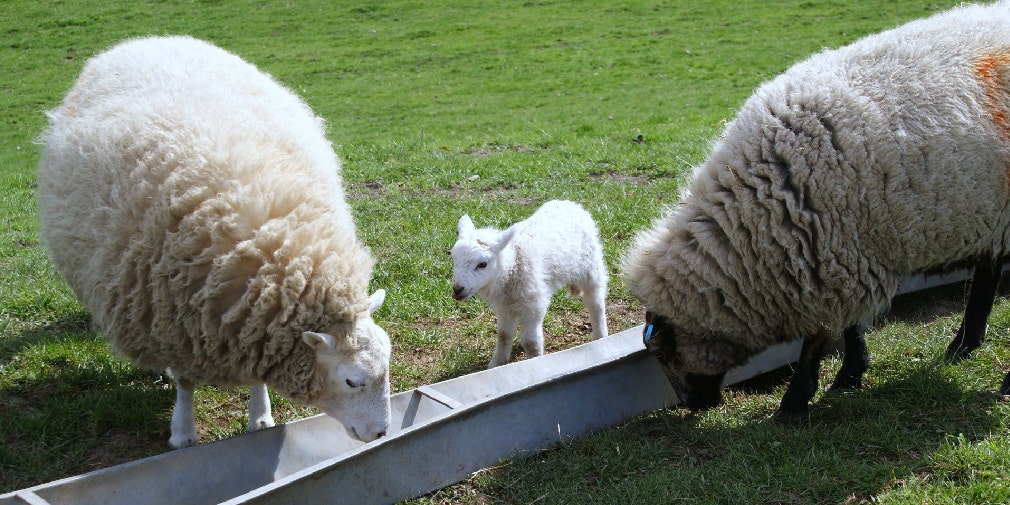 How important is protein for in-lamb ewes?

The last few weeks of a ewe’s pregnancy are some of the most important for lamb health and growth, so ensuring her nutritional requirements are met is vital.
It is important a ewe’s total diet provides her with enough energy and protein to support:

The ewe derives her protein from two sources:

Ewes have a requirement for RDP which is found in grass, hay, silage, leafy brassicas, and many straights such as rapemeal and distillers. RDP is usually enough to meet the ewe’s protein requirements. However, in late pregnancy, the protein requirements for the ewe increases dramatically and DUP protein is required.

A failure to meet these increased demands can result in lighter ewes at lambing, lighter lambs, lower lamb survival rates, poorer quality colostrum and less milk, all of which will have a financial impact. The quality of colostrum is vital as it provides energy, protein and immunoglobulins to help prevent hypothermia, kick start growth and immunity.

The protein gap can be filled with feeding some high-quality DUP protein such as soya bean meal. This protein is less degradable in the rumen, so as it passes through it gets absorbed in the intestine.

Feeding a diet with a good DUP level will help improve birth weights, maintain body weights and boost colostrum quality. Thin ewes can come under the most stress, especially when they have multiple lambs. These ewes are also most vulnerable to the periparturient rise in faecal egg counts. Ewes carrying worms produce less milk and are a major source of infection to their lambs, which will restrict lamb growth rates. Restricted intake of quality diets has been proven to affect the ewe’s immunity.

In Mole Valley Farmers’ Premier and Prestige ewe rations, there are good levels of DUP, with both soya and protected soya. During very late pregnancy even some soya can get absorbed in the rumen, so by offering protected soya as well this ensures a good level of bypass protein.
These rations have a fixed formulation meaning it does not change throughout the season. Since ewes can be fussy eaters, especially when heavily pregnant, changing the ration can be detrimental.

Farmers have seen excellent results from these rations with good-sized, even lambs and ewes with plenty of milk and quality colostrum, resulting in lambs with good growth rates. Prestige ewe also has a copper antagonist, so it is safe to be fed to purebred Texels.

The effect of feeding a ration with a good DUP level does not stop pre-lambing. Recent studies have shown when it is fed throughout lactation it results in an increase in lamb growth rates and increased weaning weights by up to 10%.

The cheapest time for lamb growth is when the lamb is young as the food conversion ratio is 1:1, so for every 1kg of dry matter the lamb consumes they put on 1kg, this then falls as the lamb increases with age.

Peak milk yield is around three to four weeks after lambing, so to ensure ewes have enough milk, when the grass is under 4cm or they are in poor condition, supplementary feed should be offered. With the increase in feed prices, it is easy to look for a cheaper ration. However, for that extra investment of £10.00 a tonne – 25p a ewe (if fed a total of 25kg per a ewe) you could reduce your lamb losses and increase your lamb growth rates.

For more information, please speak to Your local Agricultural Sales Team or call the Feed and Nutritionists Line on 01278 444829.
ewe health